Inside the church, on the chancel wall a historical group of statues was put. Dated to 18th century it shows a moving scene of the lament over the crucified Christ. Usually these depictions were put on the so called rood beam between a nave and a chancel. In contrast, in Złoczew the group has crossed this line and moved towards the sacrum space usually restricted to a main altar and the place for clergy. 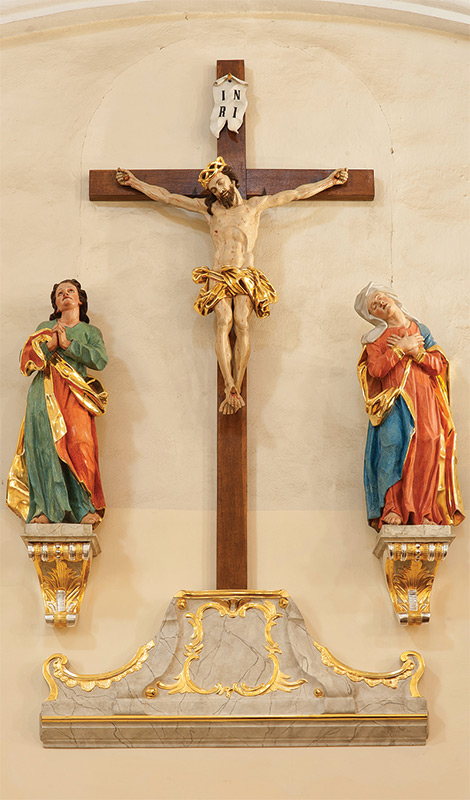 1
The hip band and the crown of thorns are gilded;
2
St. John the Apostle and Evangelist
3
Rococo-style consoles

In the main quarter of the side altar there is a figure of St. Florian, a Roman soldier in silvered armour, who is holding attributes – a banner and a water container. Since the 16th century when the church with St. Florian’s relics in Cracow was saved from fire, he has become the patron saint during natural catastrophies, especially fires. He also aids people whose occupation is connected with fire: firemen, ironmasters, chimney sweepers.

He has under his care especially wooden tabernacles, therefore, in many “flammable” churches one can encounter the saint’s image (see the polychromy of the vault in Węglewice). 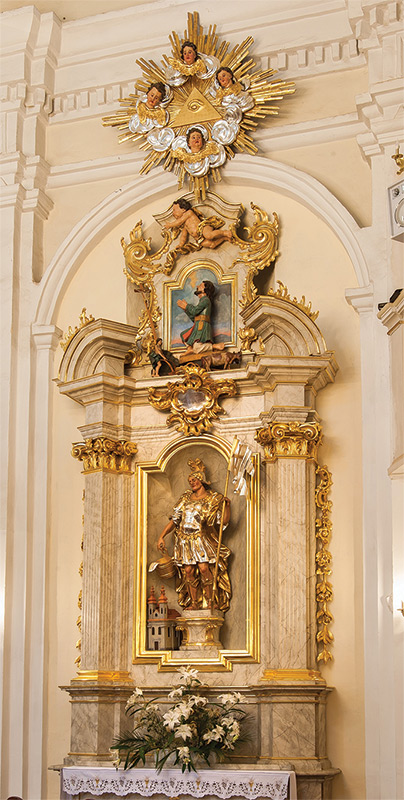 1
The Eye of Providence
2
St. Isidore the Laborer,
3
St. Florian