An object of outstanding beauty which is an element of the main altar is the tabernacle of Mikstat. Made around 1914, it still entrances with the richness of decoration. Among elaborate ornaments, lifelike figures are noteworthy. They are exceptional not only through their shape but also symbolic meaning. 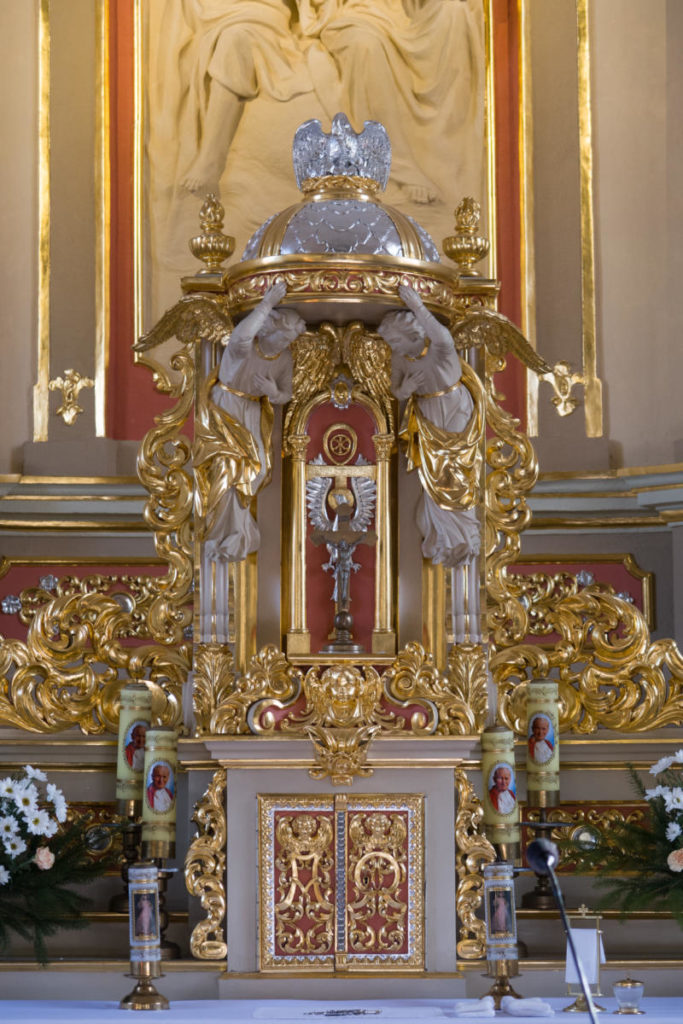 The word tabernacle in Latin means a tent and it refers to the place where the Arc of Covenant was kept.

Historic feretories (portable paintings presented during processions among others) can be admired in the nave. One of them is framed with a refined, baroque frame with motifs of grapes, exceptionally beautiful images of St. Roch and St. Agatha. The artist who made them referred to the Renaissance art with great feeling. In the foreground he showed proportional figures by the means of chiaroscuro technique. Moreover, color perspective appears in the background. According to its rules, landscape is governed by certain color principles: the farther away, the more blue it gets. The faithful who step behind the feretory surely admire not only the artist’s talent but also the saints’ figures as role models. 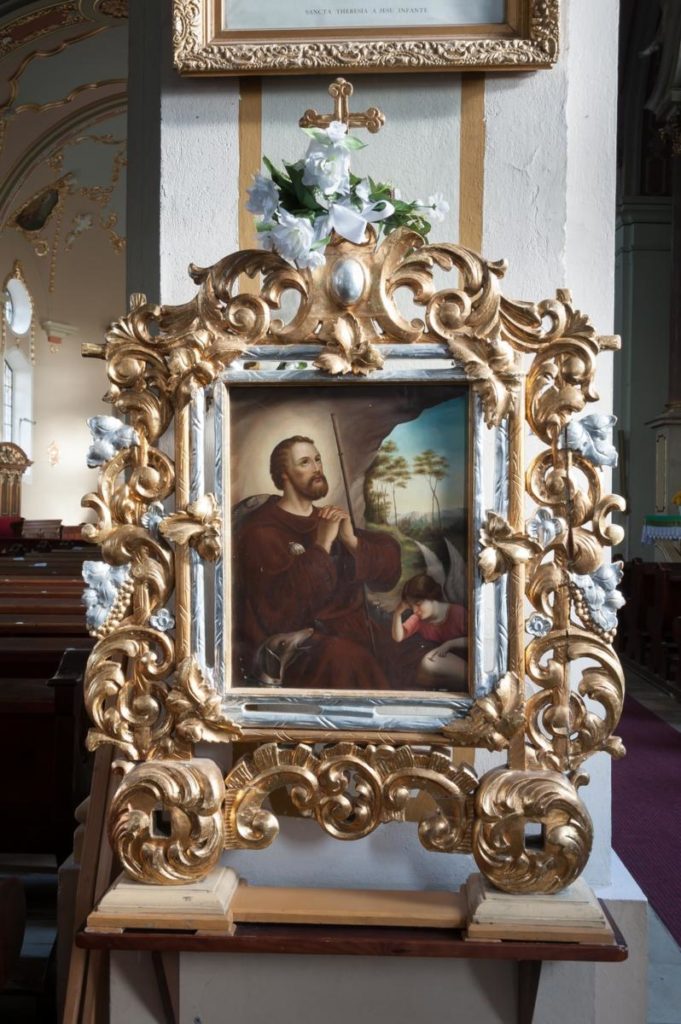 St. Roch is a special figure for the locals. They are thankful for a miraculous salvation from the plague which befell on Mikstat in the middle of the 18th century. They erected a wooden church on a hill dedicated to him as thanksgiving.

In the beginning of the 19th century a parish cemetery was moved there. Now the church is Diocesan Sanctuary of St. Roch and the town of Mikstat chose him for the patron saint on March 30, 2007.

Every year on August 16, St. Roch’s day, in the cemetery church a ceremonial holy mass takes place. When it finishes, an unusual procession starts: local farmers bring their stock which is blessed by a priest. Then according to a local tradition a flock of pigeons is released and the faithful go to a so called “budy”, which is a festive fair.

St. Agatha was a martyr who lived in the first years of Christianity during the emperor Decius’ reign. As a virgin true to Christ who rejected the advances of the prefect Quintianus, she was sentenced for torture: her breasts were cut off and thrown to burning coals. Agatha is the saint of breastfeeding women and people who suffer from breast diseases.